Where the winds blow

I finished another piece today.

Quite some years ago now I began this painting. A few unusually carefree brush strokes and experimental scribblings and I could see something good was emerging - and that was it -  I screeched to a halt.

For fear of ruining the picture that was emerging I lost the ability to move freely without fear and so it lay sitting in a drawer for years until I no longer cared if it worked out or not.
From that space I could paint without worry - my attention gently focused on the painting and the movement of the brush, I even became a little curious about what was growing before my eyes and it was for the first time in quite a while that I have felt relaxed whilst painting.

It was so long ago that I drew this piece that now when I look at it I am left wondering what fortune and bravery really are. In the culture I was brought up in, bravery was definitely linked with a 'go-getter' attitude. A sort of feisty, energetic quality that could bend Life's happenings to its will. But as we all know or all learn sooner or later Life succumbs to no ones will forever and fear and bravery may as well sit on the shelf twiddling their thumbs together for all the use they are. Maybe, sometimes, it is the absence of fear and bravery that allows people to move effortlessly and freely like the wind, and that which seems like Luck blows in through the gaps where fear and bravery once were.

So now I have a painting I am happy with but in all honesty I would change the words if I could... 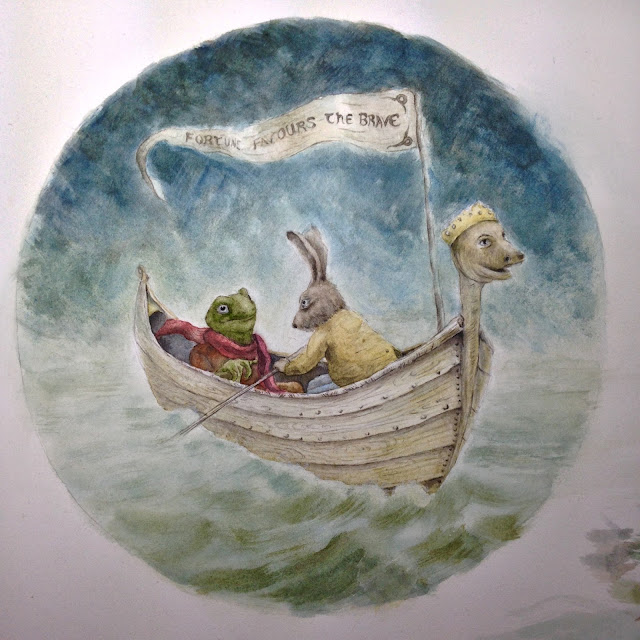 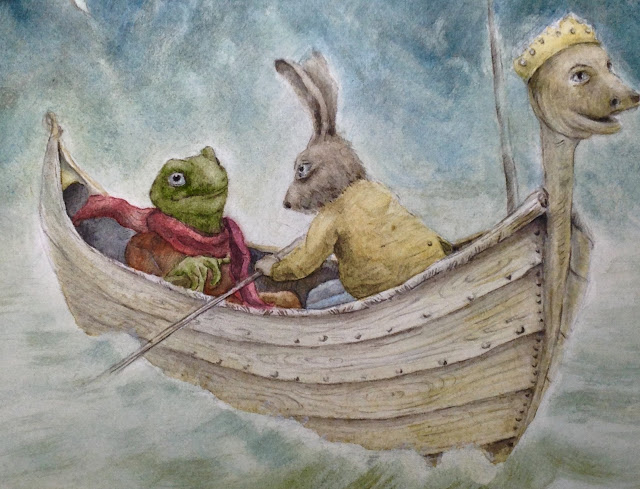 “The Truth is the only thing you’ll ever run into that has no agenda.”

Adyashanti - Emptiness Dancing
Posted by THE OLD BURROW at 06:57 4 comments: